The Largest Private Jet in the World 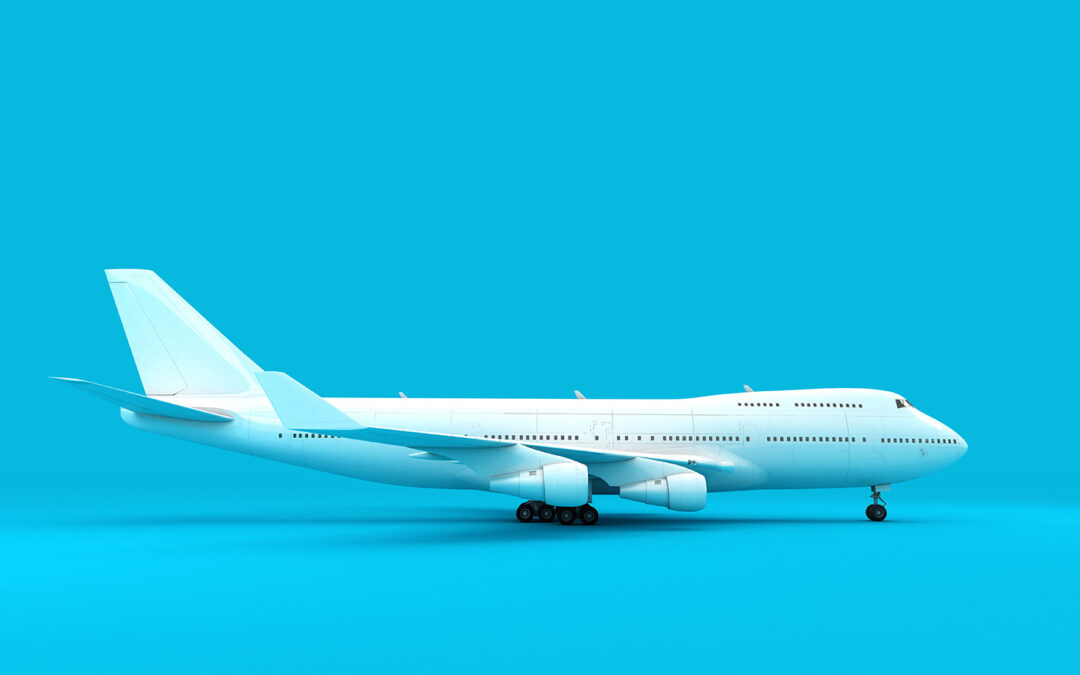 For those interested in flying the largest private jet in the world, look no further than the Boeing 747. The Jumbo Jet was originally designed in the 1960’s as a means to decrease air fare. More and more people were beginning to turn to planes for travel, and the industry had not completely caught up to the demand. Over the years, several models of the aircraft have been developed, to improve flight efficiency and in-flight experience.

The Largest Private Jet in the World: The Boeing 747 Business Jet

The largest private jet in the world in active operation is the Boeing 747. Designed by the now famous aerospace engineer, Joe Sutter it has been an aviation marvel for decades. It has a rich history in the aviation world and is known for being one of the most important planes ever designed. In fact, the term “Jumbo Jet” was actually coined to describe its unprecedented size – over 250 feet long, with a wingspan over 224 feet – bigger than the width of a football field.

It was designed to seat more people than any other aircraft – holding up to 1,000 passengers. Over the decades, this historic jet has grown in popularity, and is a favorite among aviation enthusiasts. Since it first took flight, the 747 has also been known as the Queen of the Skies.

The History of the Boeing 747 Jumbo Jet

The Boeing 747 Business Jet was the first of its kind – but its production was a bit turbulent in the beginning. In order to create a plane of that size, Boeing had to develop the largest building in the world – over 200 million-cubic-feet, in Everett, Washington. There, over 50,000 employees worked on creating the aircraft. It took flight for the first time in 1969 and carried passengers for the first time in 1970. Learn more about private aviation history.

Throughout the 1970’s oil crisis and recession, the plane’s production almost bankrupted the company – but its use throughout the airline industry ultimately made it an extremely lucrative plane. From the beginning, the 747 transformed the way that people fly. Pilots even had to learn how to navigate the skies in such a large aircraft. According to Popular Mechanics,

“Because of its unprecedented size, Boeing worried that the 747 would be difficult to operate. But designers and test pilots labored to make an airplane easy to handle, whether on the ground or in in the air. Before the prototype was completed, designers improvised a mock-up cockpit mounted on the roof of a truck to simulate taxiing an airliner whose cockpit was 35 feet above the ground.”

Some of the most notable features of this aircraft is its unmistakable “hump” – which was where the cockpit and a few select seats were located. Setting the cockpit so high allowed for cargo loading through the front of the plane. On many models, the entire nose of the plane can swing up and house more cargo than any other jet. The extra space from the hump also stored some more fun amenities over the years.

Many models of the Boeing 747 included a bar, lounge or restaurant – beginning its reputation as a luxury aircraft. Now this section is often set aside for first class and business class seating on commercial airlines. For private jet owners and charter jet flyers, these planes have been designed like hotels in the sky. Building in amazing amenities allows the space to act like a second home while traveling. According to Business Insider,

“The 747-8i BBJ is an unmistakable status symbol typically reserved for use by the world’s governments and a handful of the highest level of elite. The aircraft has seen success in the Middle East with countries including Qatar, Kuwait, Turkey, and the United Arab Emirates using the 747-8i for executive transport for their respective heads of state.”

The most obvious feature about this particular jet is its enormous size. Used for large commercial flights, massive cargo loads, and spacious private travel, the Boeing 747 Business Jet has been extremely useful in many aviation industries. The size and features of the plane led it to being used for Air Force One – the presidential airplane. It has been the trusted transportation for sending presidents around the world. According to Popular Mechanics,

“The Jumbo continues to serve as the VC-25, known as Air Force One when the President is aboard, and as America’s National Airborne Operations Center as the E-4B. China, India, Japan, South Korea, and Saudi Arabia all use 747s for their heads-of-state. 747s have carried everything from the experimental Airborne Laser to the Space Shuttle, acted as super fire tankers, and carried metal band Iron Maiden on tour as “Ed Force One.”

The size of the 747 has cemented it in history. It made it useful for many historic tours, missions, and other travel. There have been several versions of the Boeing 747 over the years, with over 20 different model series. They have been adjusted for various uses – from cargo to luxury travel. 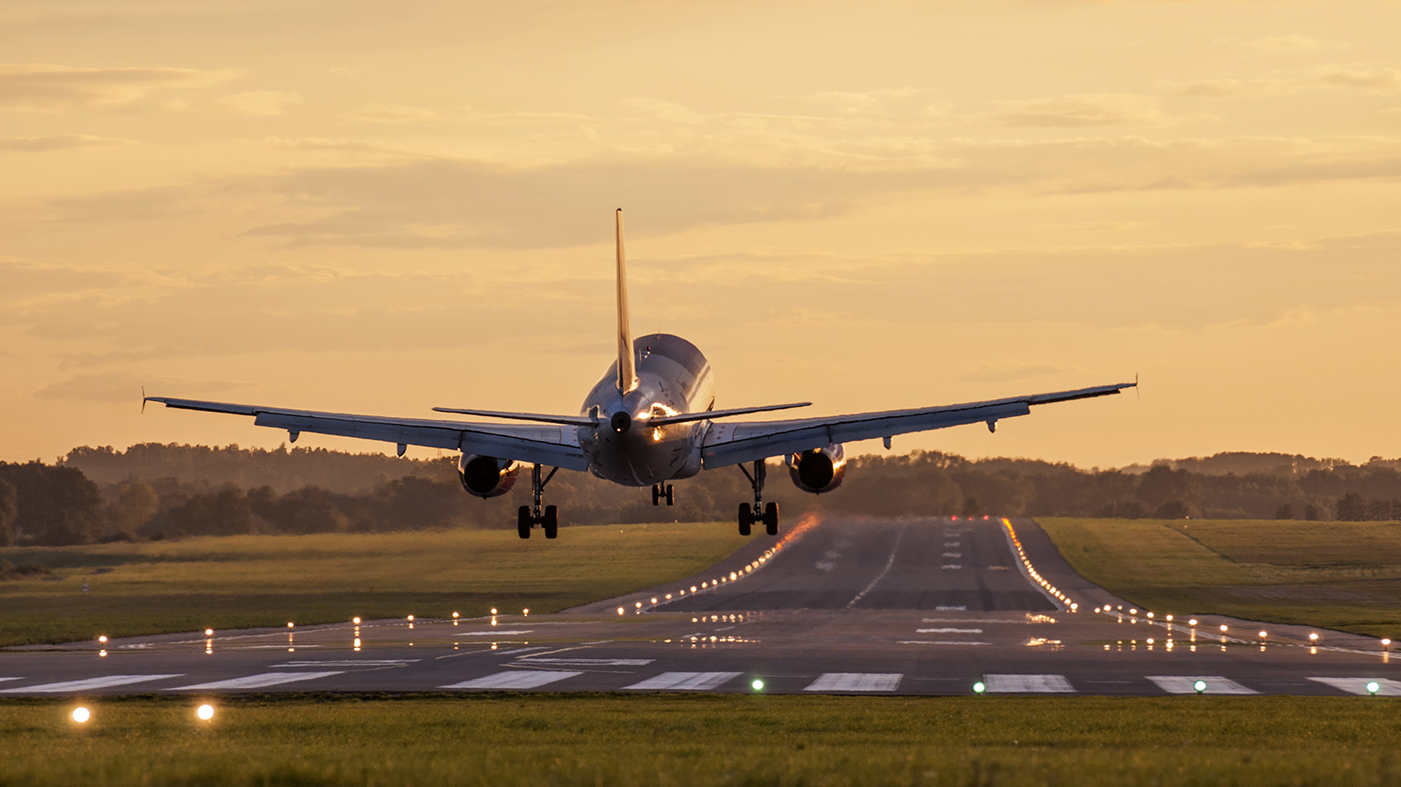 When it comes to luxury private travel, the Boeing 747 has been celebrated as one of the best experiences one could have in the air. Its unmatched spaciousness provides private flyers an enormous amount of space to design the perfect flying experience. Many celebrities have used the plane to essentially create mobile living spaces for themselves, allowing them to travel in ultimate comfort while jet setting.

The Boeing 747 is perfect for corporate retreats, sports teams, group vacations, and more. Executives can use corporate amenities to work in the sky with offices, meeting rooms and more. Those who are interested in relaxing can sleep, dine, and enjoy entertainment in the air. It delivers a completely unique luxury travel experience, with space to bring large groups of people. As the largest private jet in the world, the experience of flying a Boeing 747 is completely unmatched.

Flying the Largest Private Jet in the World

Experiencing a flight on a Boeing 747 private jet is an amazing opportunity, and with Charter Jet One, anyone can charter this historic aircraft for their travels. It has luxurious amenities, spacious cabins, and is one of the most acclaimed mechanical marvels of the century.

For those looking to fly the largest private jet in the world, Charter Jet One can provide an amazing experience for travelers in the Boeing 747. Our Jumbo Jet provides travelers with unmatched space and luxury.

Request a charter jet quote to arrange a trip in the Queen of the Skies.

Be sure to follow our private jet travel blog to learn more about the best private jets.

How to Beat Jet Lag by Hiring a... END_OF_DOCUMENT_TOKEN_TO_BE_REPLACED